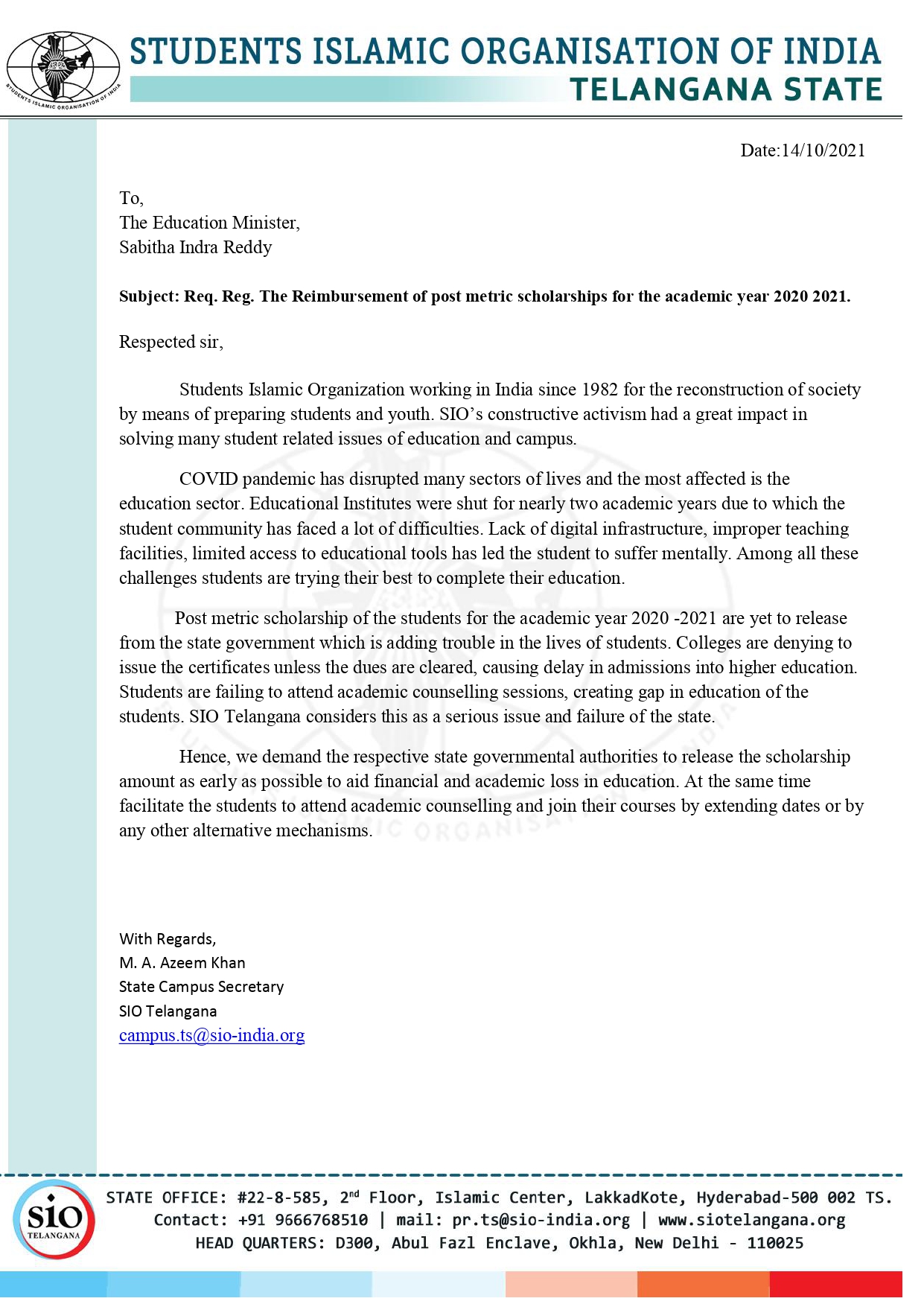 The Telangana state president of SIO, Dr. Talha Fayazuddin stated “COVID pandemic has disrupted many sectors of lives and the most affected is the education sector. Educational Institutes were shut for nearly two academic years due to which the student community has faced a lot of difficulties, this scholarship deprivation is like rubbing salt in the wounds of the minority students. Lack of digital infrastructure, improper teaching facilities, and limited access to educational tools has led the student to suffer mentally. Among all these challenges students are trying their best to complete their education. The government should assist them as much as it can and the students shouldn’t feel deserted during this crisis.”

In the letter SIO wrote to the education minister, the organization stated “post matric scholarships of the students for the academic year 2020 -2021 are yet to be released from the state government which is adding trouble in the lives of students. Colleges are refusing to issue the certificates unless the dues are cleared, causing delay in admissions into higher education. Students are failing to attend academic counselling sessions, creating a gap in education of the students. SIO Telangana considers this as a serious issue and failure of the state.”

Therefore, SIO demands the respective state governmental authorities to release the scholarship amount as early as possible to aid financial and academic loss in education. At the same time facilitate the students to attend academic counselling and join their courses by extending dates or by any other alternative mechanisms.