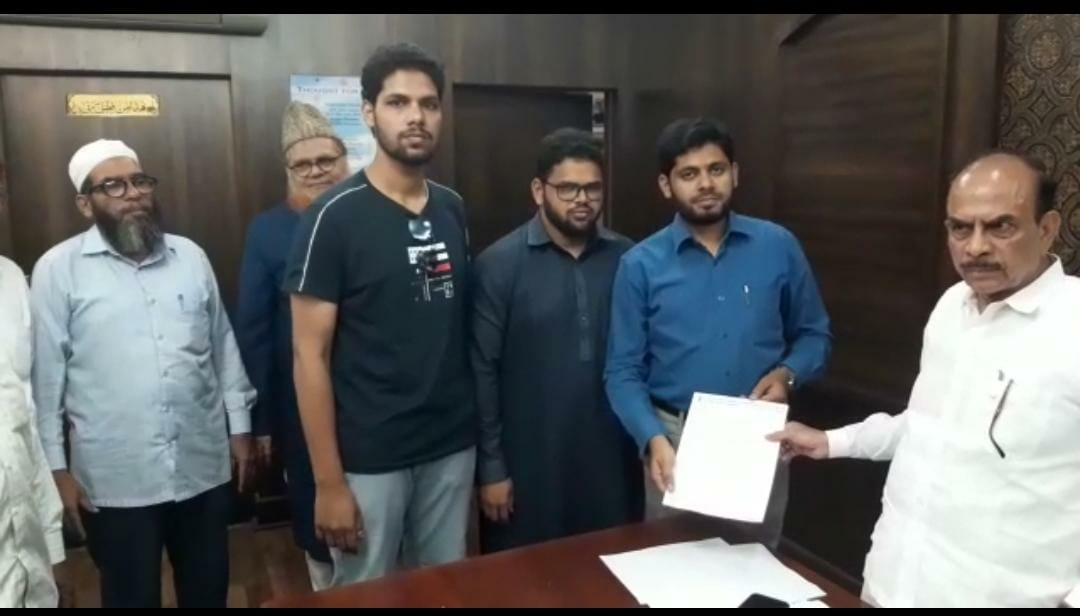 SIO expresses anguish over police brutality in hyderabad, demands Home Minister to issue ordains to curb the use of all forms of force on the protesters.

Hyderabad: “The prevailing situation in the city after the derogatory remark on the Prophet Muhammad (Peace be upon him) made by the BJP MLA T Raja Singh, on Monday 22nd August. One single person is responsible for pushing the city into a burning situation, due to his attack on Muslim community with unspeakably poisonous language and horrifying attitude. It comes as no surprise that this was an intentional step to create communal tensions in the city. However, what is surprising is the fact that despite there being enough laws and enactments, the police and the administration has utterly failed in both, remanding the Accused and in maintaining law and order”. Said Dr Talha Faiyazuddin, President SIO Telangana.

A delegation of Students Islamic Organisation of India, Telangana & Jamaat-e-Islami Hind met with Home Minister Mr Mahmood Ali & expresses anguish over police brutality in hyderabad, demands him to issue ordains to curb the use of all forms of force on the protesters. Dr Talha further said “the entire Muslim community, which was assured of the hatemongers arrest, was bereaved and disheartened to see that the assurance was a mere eye wash. The Accused, who by his venomous use of tongue created uproar and tension to the secular fabric of the city, was not remanded. Questions are rife in social circles as to why the Police failed to act professionally while remanding the accused. When the very remand report was quashed by the learned judge, premising upon non compliance of the basic most requirements of remand, the Police appeared to have either gone too soft or to have had acted hand in glove with the accused. To worsen the matters, the violent reaction of police towards the peaceful protestors is even more hurtful. The unwarranted arrests, the lathi-charge and forcefully barging into the homes of the protestors are all deplorable”.

“The entire Muslim community is severely devastated by this incident, and such a reaction is natural. Allow the distressed & upset civilians to express their grief in peaceful forms of protests” demands SIO Telangana.