Students should aim towards contributing to the society through education – SIO Launches its campus campaign: “Study – Struggle – Service” 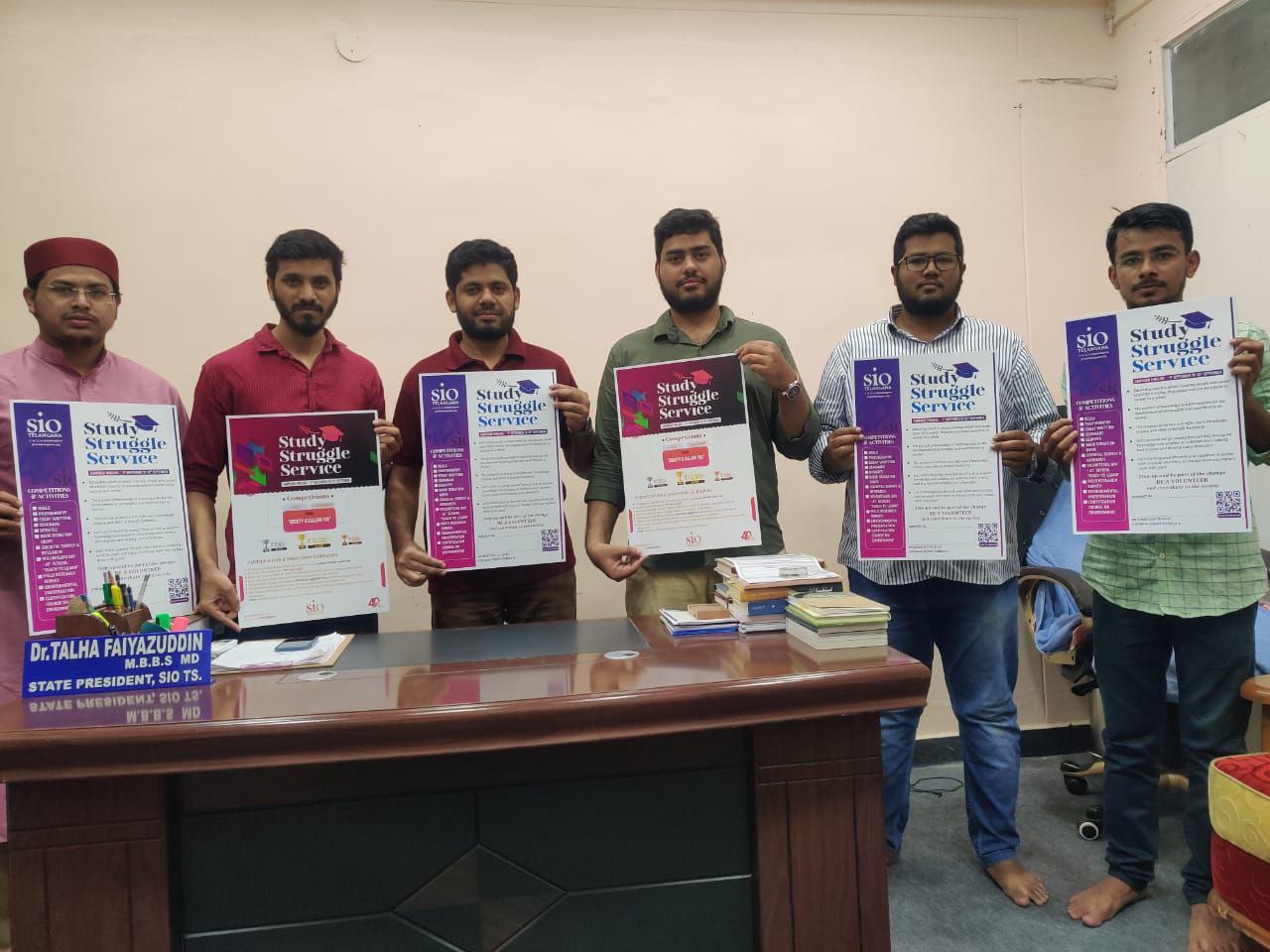 Hyderabad: On average a student spends about 15-20 years of their life pursuing ‘education’, and then the rest of their life is spent in fulfilling their own and family’s needs and desires. If this is life, to eat, study, procreate and die, then it is no different from that of an animal, except that they don’t study. Human beings are the epitome of the creation, only because they have the ability to acquire knowledge and apply it to choose between right and wrong. Despite a very sophisticated education system, the students are not becoming capable to reach the epitome and become better human beings, implying that the system is not really educating, but rather creating people who can become better labors. Education is not just about making people literate. Education is to create people who can understand the reality of life and its purpose and become beneficial to the humanity. To address this challenge Students Islamic Organisation of India (SIO) State Telangana has launched a 10 days campaign with theme “Study – Struggle – Service”.

The aim of this campaign will be to create awareness among students and youth to become experts in their chosen field and thereby contribute to social development. The impact of one’s education and struggle is to ultimately benefit humanity. There are several domains which requires sincere contribution, be it education, environment, socioeconomical, welfare, research, etc. Students and youth should identify their strengths, talents and interests and take up different fields to volunteer for contribution. The contribution becomes big and effective when it’s done collectively.

During this campaign, different activities across the state will be carried out to engage and create awareness among students. Field research survey shall be conducted, Seminar, debates and some competitions like Essay writing, Photography & Reels are the part of this campaign. 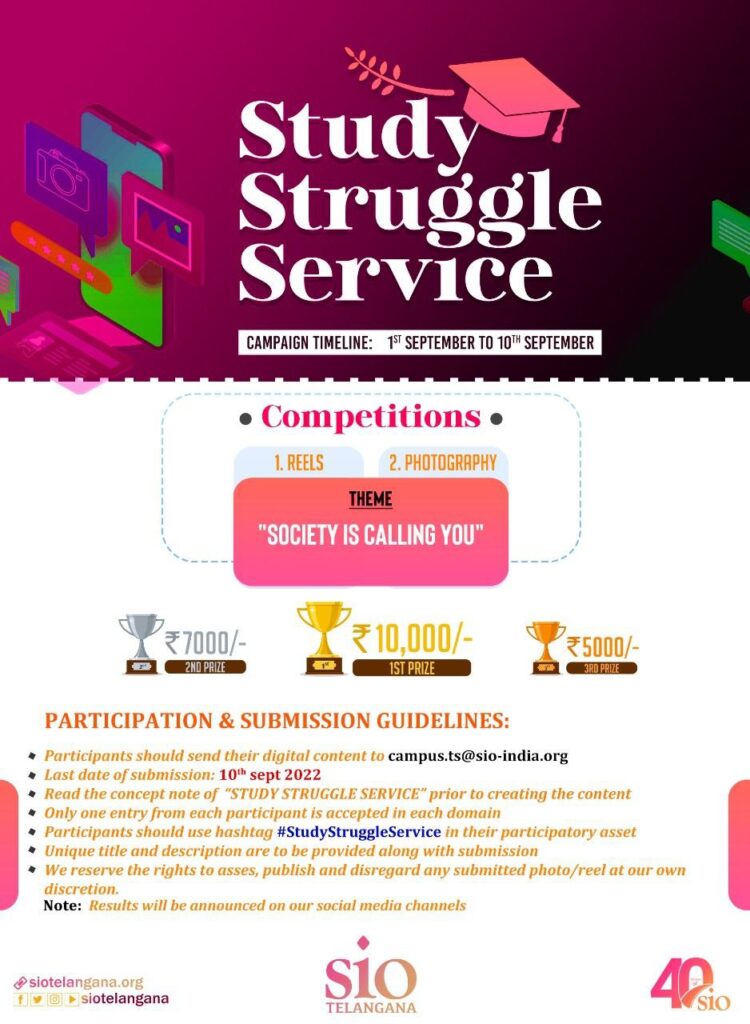 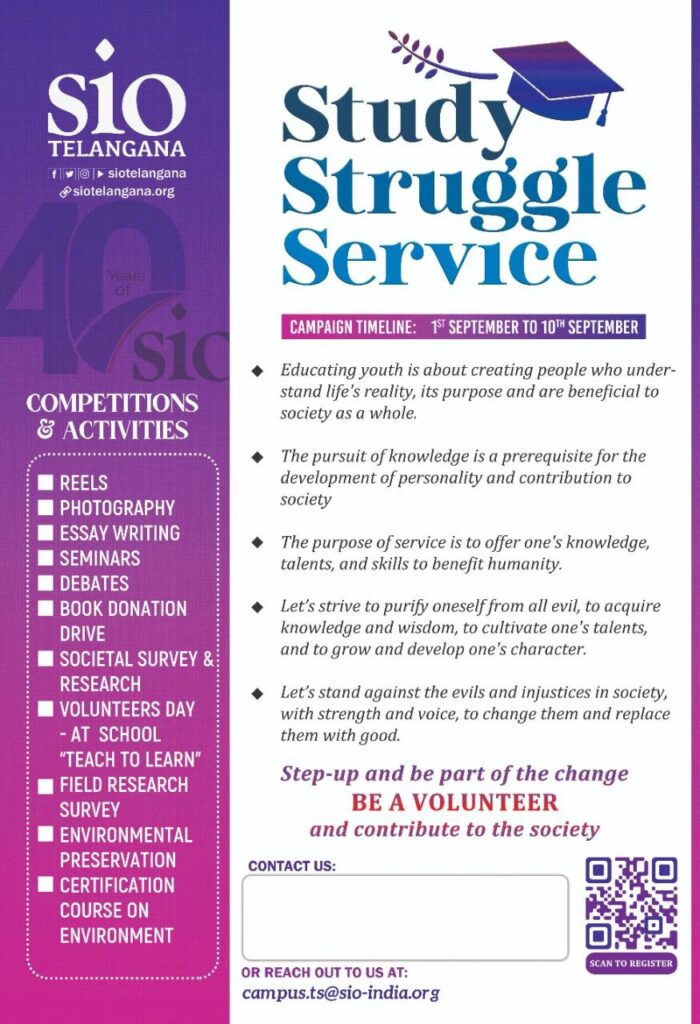