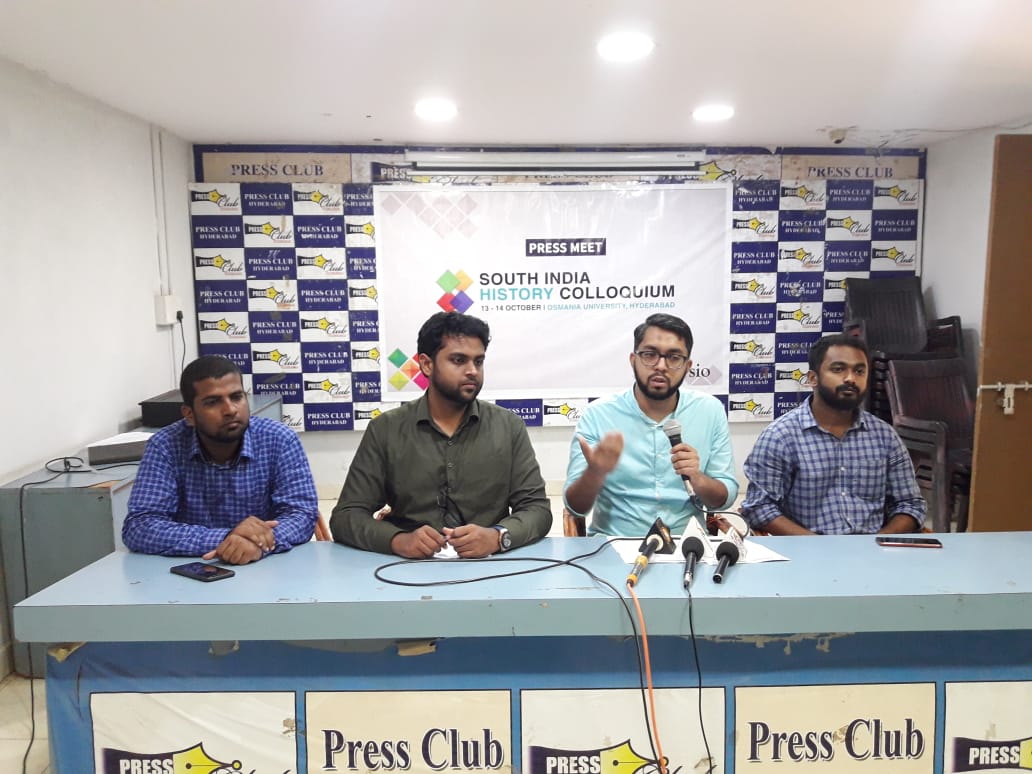 The Centre for Educational Research and Training (CERT) in collaboration with the Students Islamic Organisation of India (SIO) is organising a two-day South India History Colloquium at Osmania University this weekend.

“The colloquium will feature experts, historians, professors, researchers and presenters from India”, the organisers said in a statement.

“This colloquium is one of its kind and aims at trying to find answers and new ideas for numerous questions that are creating a stir in everyday news, in the hindsight of histories and identities of multitudes of communities that make up plural India,” said Syed Ahmed Muzakkir, Director, CERT.

At the press conference held at Press Club of Hyderaad here on 12th October, Br Muzakkir said,Regional historiography is acquiring much relevance in academia as well as socio-political scenario in contemporary India. The diverse nature of geographical territory called India needs much focused academic effort to uncover the forgotten and marginalized histories of its regions, people and communities. In order to facilitate a platform for rigorous academic as well as popular endeavours on regional historiography in India, the Centre for Educational Research and Training (CERT) is organizing various Regional History Colloquia and History- related public programs with the tagline, ‘Remembering Histories, Asserting Identities. As part of this series on Histories, the said event will be held on 13-14 October 2019 at Osmania University Hyderabad, Telangana State.

The South India History Colloquium is scheduled to take place on October 13th and 14th.

← Prev: SIO Banjara Hills Unit started Junior Students Camp Next: Composite Culture Developed in the South, but not in the North, Says Ex-VC of Osmania University →