Maha Rally against the recent “caste inspired” brutal killing of a Dalit youth in Telangana. 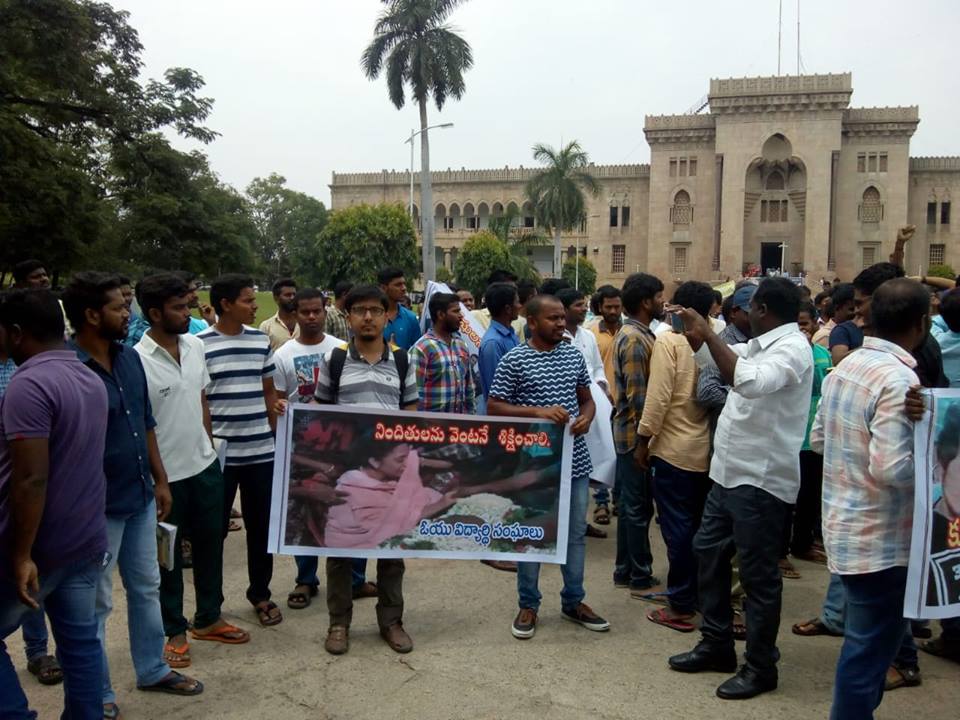 Maha Rally and joint Protest from Arts College to NCC Gate of Osmania University, against the recent “caste inspired” brutal killing of a Dalit youth in Telangana and attack on another couple. SIO represented by Br. Abdul Hafeez University Organiser, SIO Telangana, strongly voiced against the rising hatred, bias and racism which is taking lives of innocent youth, and demanded speedy enquiry and justice for the victims and their family. Also demanded strict action against the culprits so that such horrific crimes are never repeated again.

← Prev: YouthQuake is a good beginning of real battles to be fought on ground. Message By Laeeq Ahmed Khan Aqil Next: New Team Of SIO Telangana & Message from State President Dr. Talha Faiyazuddin →