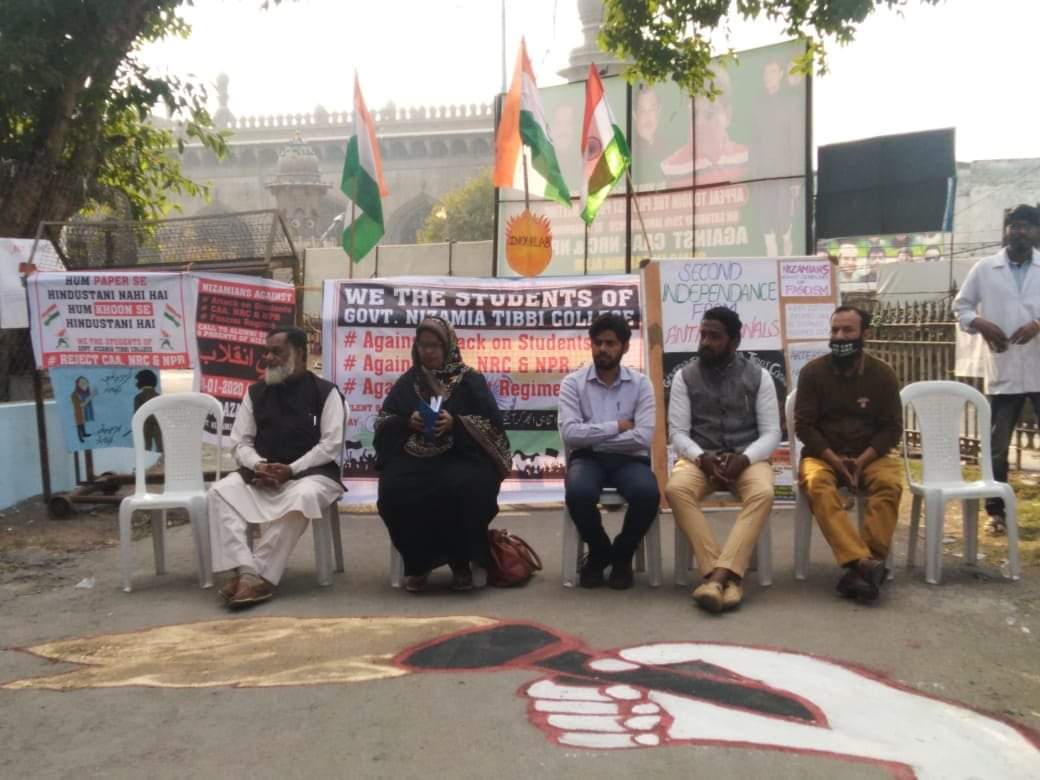 SIO Telangana extended their support to the students of Nizamia Tibbi College as they called out the Hyderabad City Police and their college administration for harassing the students who are protesting consistently for 15 days to save India and restore the constitution.
The Hyderabad City Police shamefully barged into the campus and has threatened to book cases against students. Even the Principal of the college is harassing and misguiding students to stop their peaceful symbolic protest.

In his statement Dr. Talha Faiyazuddin (State President SIO Telangana) said Nizamia Tibbi College is a symbol and torch bearer for the struggle sprouting from campuses across the State. The use of police force and harassment against students exercising their fundamental right to protest in the campuses and elsewhere is direct attack on the foundations of a democracy.
Whether its Nizamia Tibbi College or elsewhere students shall continue their peaceful struggle against the draconian law of CAA and inhuman NRC-NPR process till its withdrawal.