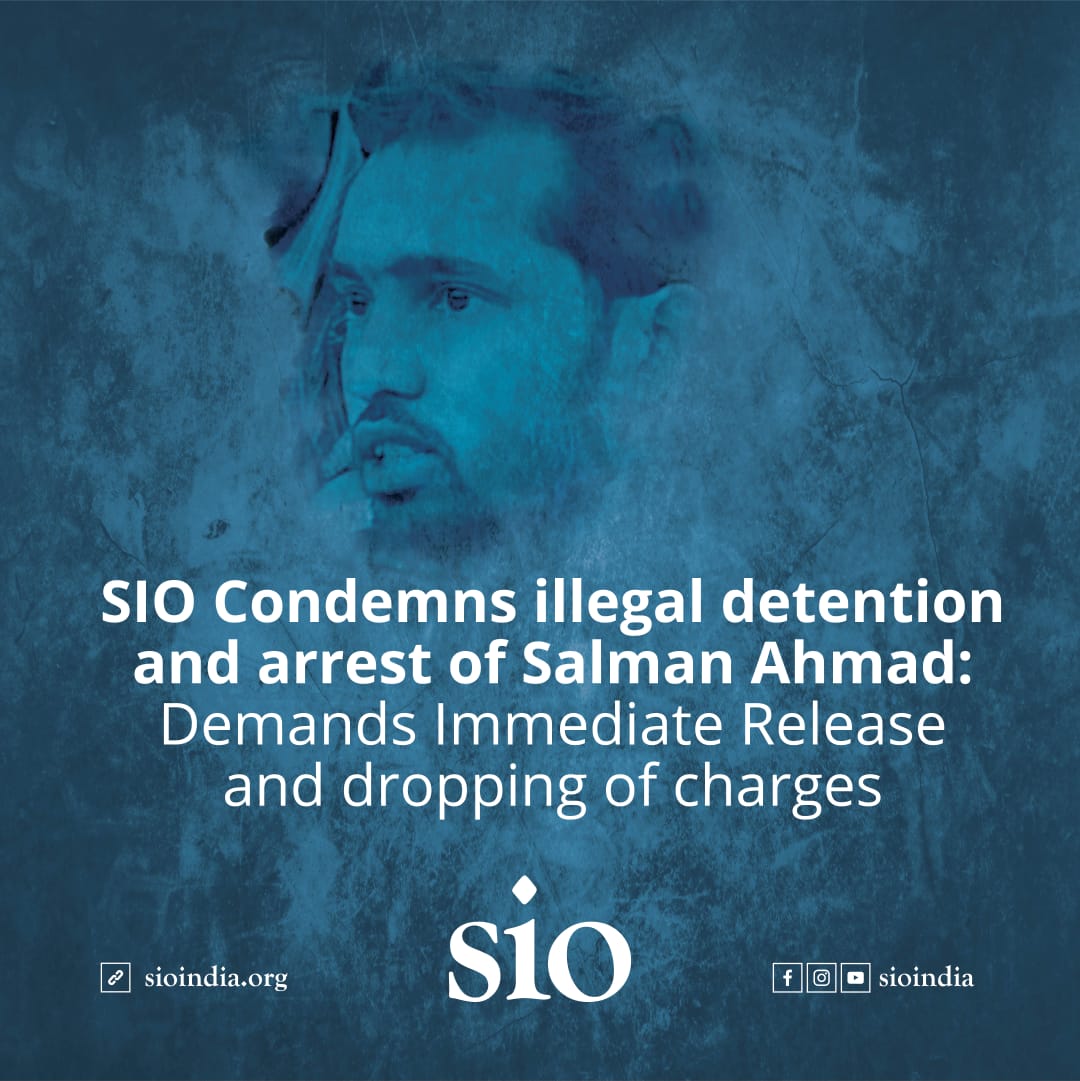 SIO of India strongly condemns the illegal detention and arrest and witch-hunting of Salman Ahmad, State President, SIO Maharashtra South. Salman Ahmad is a well known student leader in Maharashtra with a stellar record of social service and active for many years on a number of educational issues, students’ welfare and human rights concerns. He is a well regarded voice across the state. SIO of India demands his immediate release and the dropping of all charges.

Along with many others, he has been actively involved in the ongoing movement for equal citizenship. A speech given by him in Nanded in the backdrop of this movement has mischievously been taken out of context and edited to present a distorted version. Full clarification regarding the content of the speech has already been made by Salman and is available in the public domain. The media trial he was subjected to and the case registered against him is nothing more than an attempt to delegitimise and silence peaceful democratic protests against CAA-NPR-NRC. This is part of the ongoing targeting of student and youth activists across the country, and we must collectively stand against this silencing of dissent and democratic expression.

We strongly demand the immediate release and dropping of all charges against Salman Ahmed and all those protesting against CAA-NPR-NRC. We also condemn the irresponsible media trial of Salman and demand an immediate apology from the offending channels.

← Prev: SIO Telangana extended their support to the students of Nizamia Tibbi College Next: Career Guidance program was conducted by SIO Malkajgiri →