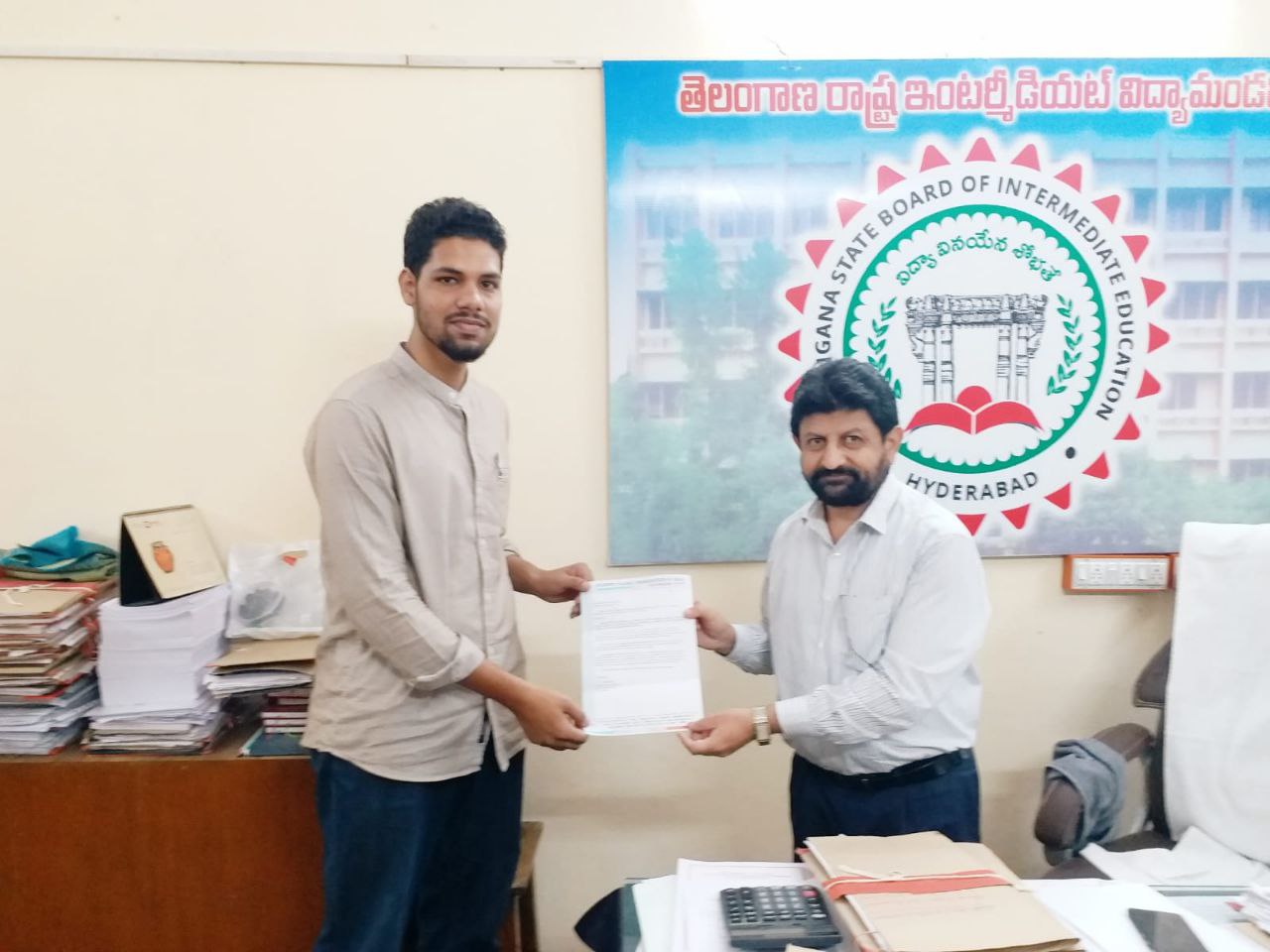 Hyderabad: A Delegation of SIO Telangana met Controller of Board of Intermediate Education Telangana State, requested for the removal of the ONE-MINUTE-RULE in the ongoing intermediate public examinations of academic year 2020-22.

In the letter SIO stated “We highly appreciate the arrangements made the TSBIE regarding the question paper being based on 70% of the syllabus, including additional choice in question paper, arrangement of counselling centers for students and allowing students with downloaded hall-tickets without stamping, however, the one-minute-rule can adversely impact the future of the students.”

“SIO feels that, education is not only about transferring of information or about writing question and answers, instead it teaches good behavior which also includes discipline” Said Musab Abdul Rahman, Asst PR Secretary SIO Telangana.