“Know him, you will love him” SIO Telangana launches Know Muhammad (PBUH) Campaign 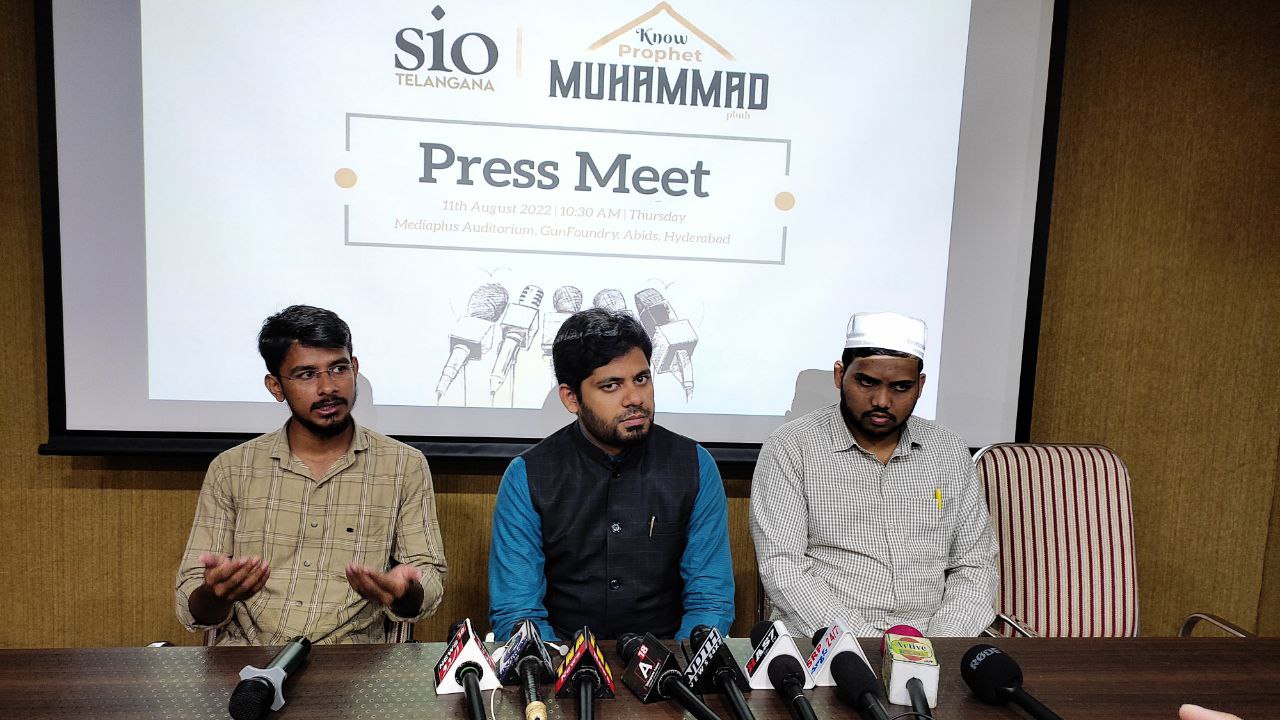 Hyderabad: The Students Islamic Organisation of India (SIO), Telangana chapter has launched its campaign to introduce the noble life of Prophet Muhammad (Peace be upon him) to the fellow citizens. Indian society respects historical figures & spiritual leaders. Often this love and respect would go to an extent where people pray to them making their statues or visit their shrines for need. We also witness various Hindu scholars praising the Prophet Muhammed (PBUH).

Recent controversy of Blasphemy sparked a national debate making people curious about our Beloved Prophet Muhammed (PBUH). Along with resistance to derogatory remarks, it offers us an opportunity to introduce the most noble personality to our non-muslim brethren.

In this context, SIO of India decided to organise a nation-wide campaign with the title “KNOW PROPHET MUHAMMED (PBUH)” The objective of the campaign is to introduce the Prophet Muhammed (PBUH) as the Messenger of Allah & the Benefactor of Humanity to the fellow citizen. Dr Talha Faiyazuddin (State President, SIO Telangana) said that “When you get to Know Prophet Muhammad (peace be upon him), you’ll love him and also understand his relevance and need today. We hope to achieve this through the campaign.”

During the campaign wide range of outreach activities with sub-theme “Inspired by Muhammed (PBUH)” exhibiting the prophetic role in societal engagement shall be organise through out the state such as Expo, Essay writing & Quiz competitions, Campus lectures etc.

← Prev: Education and Career Guidance Centre launched by SIO Hyderabad Next: The MANUU administration's action is unjust & undemocratic, Should be rolled back - SIO MANUU →