A SHAMEFUL ACT OF TELANGANA POLICE IN NIZAMABAD 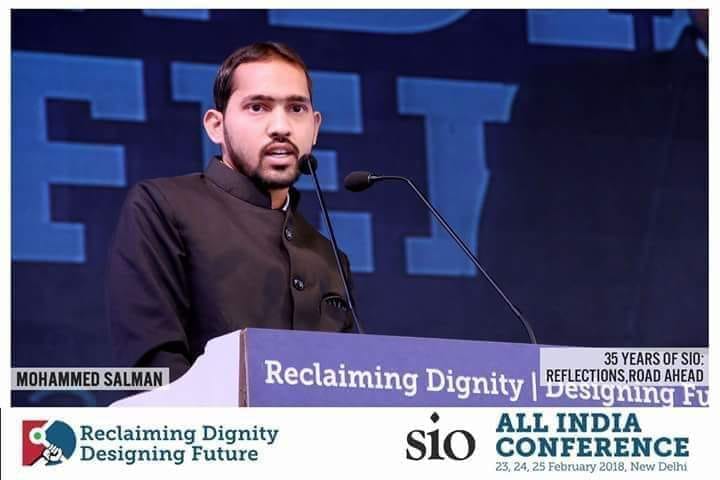 In yet another shameful incident involving the Telangana Police, the custodians of the law and order overstepped all the legal processes and arbitrarily detained a young student leader and the President of SIO Maharashtra South Zone before sending him back to Maharashtra. SIO Telangana President Dr. Talha Faiyazuddin severely criticised and condemned the actions of Telangana Police, which tries to promote itself as a ‘citizen friendly’ force.

Mohammed Salman Ahmed who heads the south zone of SIO Maharashtra was scheduled to address the ‘Shaheen bagh’ of Nizamabad, was picked up by Police upon his arrival in Nizamabad, along with the Secretary of SIO Nizamabad Mohammed Faraz Ahmed who had gone to receive him. Revealing the details Dr. Talha explained how the police in plain clothes ‘abducted’ both the student leaders from the railway station, snatched away their mobile phones and switched them off. They were illegally detained and taken to Warni Police Station where the police officials took photos of their Aadhar cards and other details forcefully obtained.

From the PS Mohammed Salman was taken away to Nanded and Faraz Ahmed was dropped at Nizamabad Police Commissionerate. In the meanwhile they were not even allowed to use their mobile phones and contact with family and friends.

Criticising the police action, Dr. Talha said that using force to suppress the people’s voices will only boomerang and all the attempts to scuttle the anti-CAA, NPR, NRC movement will prove futile. On one hand people openly calling for violence and spreading communal hatred are roaming free and on the other hand the Telangana Police gets pro-active when people try to raise serious issues in a democratic manner. This bias and partiality on their part is unbecoming of the uniform they wear and they must strictly act in a neutral manner.

Dr. Talha also criticised the state government for conspicuously keeping mum and allowing the police to over step their mandate.
He congratulated the citizens of Nizamabad for putting up a spirited fight against the communal and divisive actions of the government and urged them to continue it without getting provoked by the excesses of the police department.

← Prev: Memorandum to Stop NPR In Telangana was given to Deputy Speaker Of Telangana by SIO Malkajgiri Next: SIO Telangana approached DGP Telangana To Register an FIR against a ZEE News anchor →